Things seem to have become quiet but only if you don’t know where to look. The strange antagonism toward this resident continues attempting to hide in small but persistent acts. 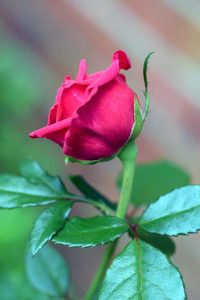 Grown with love in Barbara’s garden

The rent on the apartment has been increased. It may be a legitimate rise but these are normally heralded with letters and nobody has seen one on the subject yet.

Regular payment for a debt which cannot exist has been started through Centerlink by Family and Community Services. They demanded access to the resident’s bank via direct debit at the beginning and have abused the privilege a couple of times with the raising of payment schedules for bills that cannot exist simply because the direct debit to an account that is always kept in good condition means debts are paid without fuss. We believe that amount of seventy five cents a fortnight is a sign that there is a lawyer advising the FACS staff on what to do and the action is designed to get another complaint out of the resident. There are new laws in place. They punish people who make constant nuisance claims. This would seem to be an attempt to create an appearance the staff can join with the phony records of being repelled at the door and the record of police visits they have built up by having police on the site without cause.

The resident struggles to understand what process or act leads to such angst against a man who is simply a very ill person living in public housing and trying to get through the day. As his health deteriorates it becomes more difficult to get these stories together. He sleeps much of the day and it takes very little to tire him out and leave him confused. He may just cut off communications with us and crawl into bed without warning. We would be better served at night when the cramps and nightmares limit his rest to short bursts

The story about the lawyer who lied and what has come about since.

Some readers will remember the story about the Family and Community Services Advocate who lured the resident away from the carer he took along to prevent him being verbaled and keep him on mental track as well as assisting him physically. They may remember how this experienced and highly paid lawyer took the resident into the furthest back room of the NSW Civil and Administrative Tribunal. He refused to answer the resident’s questions hoping to goad him into the outburst that his condition could lead to. He had been given quite accurate descriptions of the symptoms our resident suffers from as had his head office some months back. When he did not get his desired reaction he told the resident that it didn’t matter. This highly respected person would simply lie and tell everyone he had been threatened. 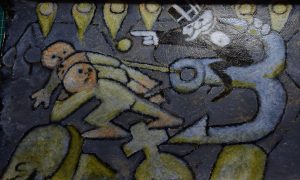 At the risk of making this too long there are a whole bunch of things that should have dropped into play immediately had the resident even actually been goaded into angry retorts. The big one is the fact there should have been no person in that building who wasn’t aware they were seeing the symptoms of serious and known illness. Nobody was made aware. Nobody was made aware the resident had a serious heart condition and was on oxygen when he returned to their vehicle! If you factor in the behavior of the Family and Community Services since then nobody is aware yet. That isn’t true. It is very obvious they are aware.

The resident suffered extraordinary despair. This lawyer, advocate of the massive government department that managed his only safe harbour, was prepared to lie and cheat to evict him. The promise by the lawyer in that room was that  the tenant would be removed from the tribunal. With the other episodes of threat he was supposed to have been responsible for the lawyer said he would be jailed. His possessions immediately thrown onto the roadside. His lifetime of making art and years of suffering poverty so he could collect supplies and tools gone. Wasted!

The fact that the tribunal, the lawyer and the FACS staff are not only avoiding open recognition of the man’s condition but using it to torment him has become a real problem. Hoping to get some control and rein in the damage a letter was sent to The Anti-Discrimination Board but limited to the situation in the Tribunal that day. 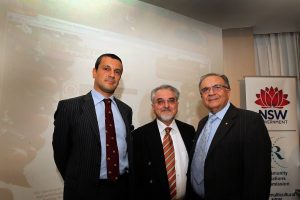 Mr De Liseo at the launch of a horticultural DVD in Illawarra. He is the middle. Illawarra Mercury

The letter is quite long and if quantity is a thing it is a great letter. The resident was most impressed. The meat of the letter is contained in a couple of lines.

1.)” It does not appear that Mr White’s (Paul White) conduct towards you was by reason of your disability.”

The resident knows Mr White’s bullying behaviour was because he knew of the mental confusion caused by the condition and hoped to use that to goad him. He drew him away from the carer who was there to help if the confusion manifested. It was also played out despite the condition of the resident’s heart. It means there are two angles of disability in Mr Whites behavior. One is the goading hoping to arouse the symptoms of the PTSD and the other is going ahead with a process designed for normal people knowing his victim was suffering high levels of illness and fragility. The Anti-Discrimination Board decided not to recognize either

It is the next line that left us all unable to believe our eyes. Mr De Liseo wrote
2) “The available information indicates MR White’s conduct was in reaction to his perceptions of your conduct towards him!”

By what measure of conduct is a lawyer entitled to tell law officers that a person has threatened him when nothing has happened? The outcome would have been an eviction and the things we have already mentioned. All that plus heart failure and mental collapse was at Mr White’s fingertips and he used it and Mr De Liseo believes it was a good call! 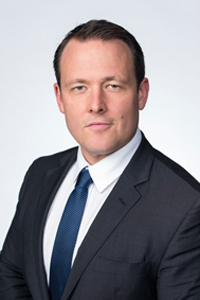 Despite their attempts to appear neutral and able to define their own path all of these government employees are bound to the image the government wants to project to protect its election hopes. They all dance to the tunes of very few pipes. When the pipers call out their best dogs to face down a vulnerable tenant it has to carry important questions for anyone who is thrown into the web of the NSW Government machinery depending on some vision of fair treatment and observance of the law to save themselves. In this case it may mean FACS thought they were facing Godzilla but the jeopardy for the resident is as great or greater.

Over a period at the end of December 2017 emails flew between the lawyer named Paul White and fashioning himself “Advocate and Investigator, Department of Family and Community Services. Housing NSW” and a Barrister named Hamish White whose online resume is another one of those things where you begin with the question. Is it better because there is so much of it. Very big guns for a vulnerable man with no friends, no car and often too ill to leave the house! This latter Mister White can be found at Edmund Barton Chambers in Sydney. Are there ever issues about the favoring of family members for government assassinations? We dont know but we do know that our Mr White (Paul) disgraced himself in November 2017 so he may have been calling for help.

What is our resident doing now?

While people with high opinions of themselves and their minions continue to look for sneaky ways to extract our resident from his tenancy contract what does he do.

He photographs leaves. Very Zen. He is too ill for the excitement of most things.

This entry was posted in Uncategorized. Bookmark the permalink.